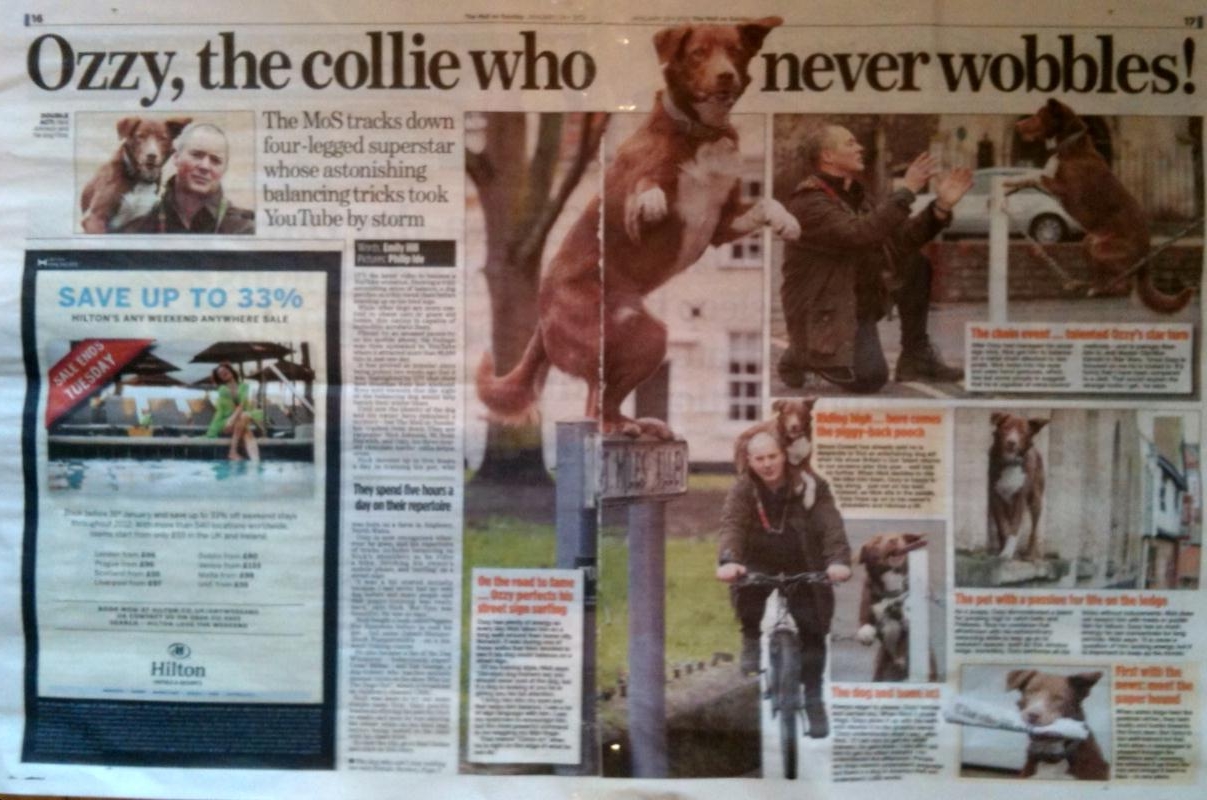 Talk to the Press helps Ozzy the incredible balancing dog (and his owner!) handle press attention 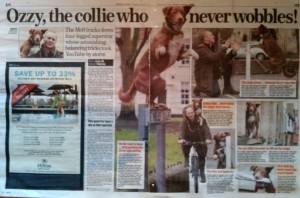 Last week, Talk to the Press recieved a call from Nick Johnson, the owner of Ozzy, aka the incredible balancing dog.

Nick’s life had been turned upside down a few days earlier when a video shot by a passerby but which featured his dog Ozzy performing balancing on his hind legs, on a chain, went viral online and were then shown on the Jonathan Ross show. Stills from the video had also appeared in a national newspaper.

Nick was understandably nervous and had no idea what to do, but having spent the past five years training Ozzy with incredible success, he was keen to make the most of the unexpected fame.

We arranged for Nick (and Ozzy) to be interviewed by the Mail on Sunday and their story appeared yesterday. Today, Nick and Ozzy have been whisked down to London where they’re filming for TV, and we’ve recieved further interest from as far afield as America. Nick’s You Tube channel has had 10,000 new hits overnight and the numbers viewing his videos from around the world continue to soar.

If you suddenly find you’re the person newspapers are talking about, get in touch with us to find out how we can help. Email us on message@talktothepress.com