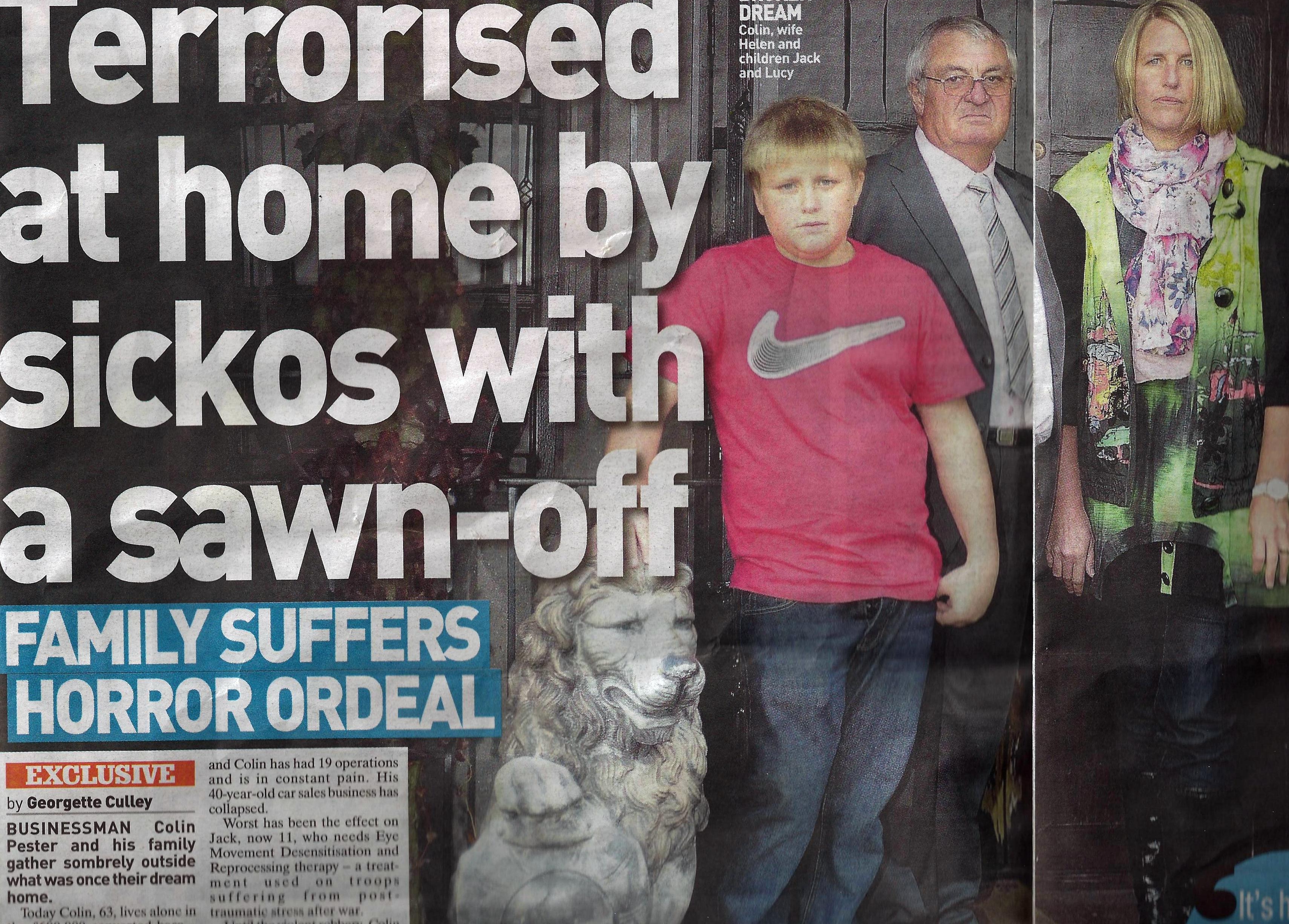 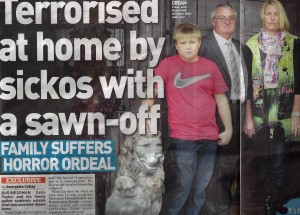 Colin Pester and his family first made national headlines in 2008 after two savage masked armed robbers burst into their home in Whitleigh, Plymouth, and blasted Colin in the stomach with a sawn-off shot gun in front of his young son.

As Colin tried to scoop up his intestines the gunman callously pressed the shot gun against his face – whilst the other robber dragged his terrified wife and son upstairs where he ransacked the house for cash and jewellery.

Last week, the robbers, Gary Ball, 45 and Mark Gagen, 43, were sentenced to a total of 34 years behind bars. Whilst the convictions have given the Pesters some closure, the family say life will never be the same, and wanted to share their story with a newspaper.

Since the attack, Colin has undergone 19 operations and his debilitating injuries meant he couldn’t work so his 40-year-old car dealing business went under. Worst has been the profound effect on their son Jack, now 11, who answered the front door to the robbers – believing it to be his friend. Colin was following him closely behind but before he had time to react Gagen, clad in black, shot him in the stomach from point blank rage with a double barrelled shot gun. Jack, then seven, was standing beside him and got drenched in his father’s blood. The gunman then turned the gun at Jack’s head.

Despite their heartbreak, the Pesters are working tirelessly to bring their once happy little boy back. Colin, who can no longer work, is trying to put his business mind to use by helping their 19-year-old daughter, Lucy, set up her own beauty salon.

We are still helping the Pesters manage media attention in their lives and have just secured Lucy a magazine deal too. If you need help handling press interest in your life, email us on message@talktothepress.com