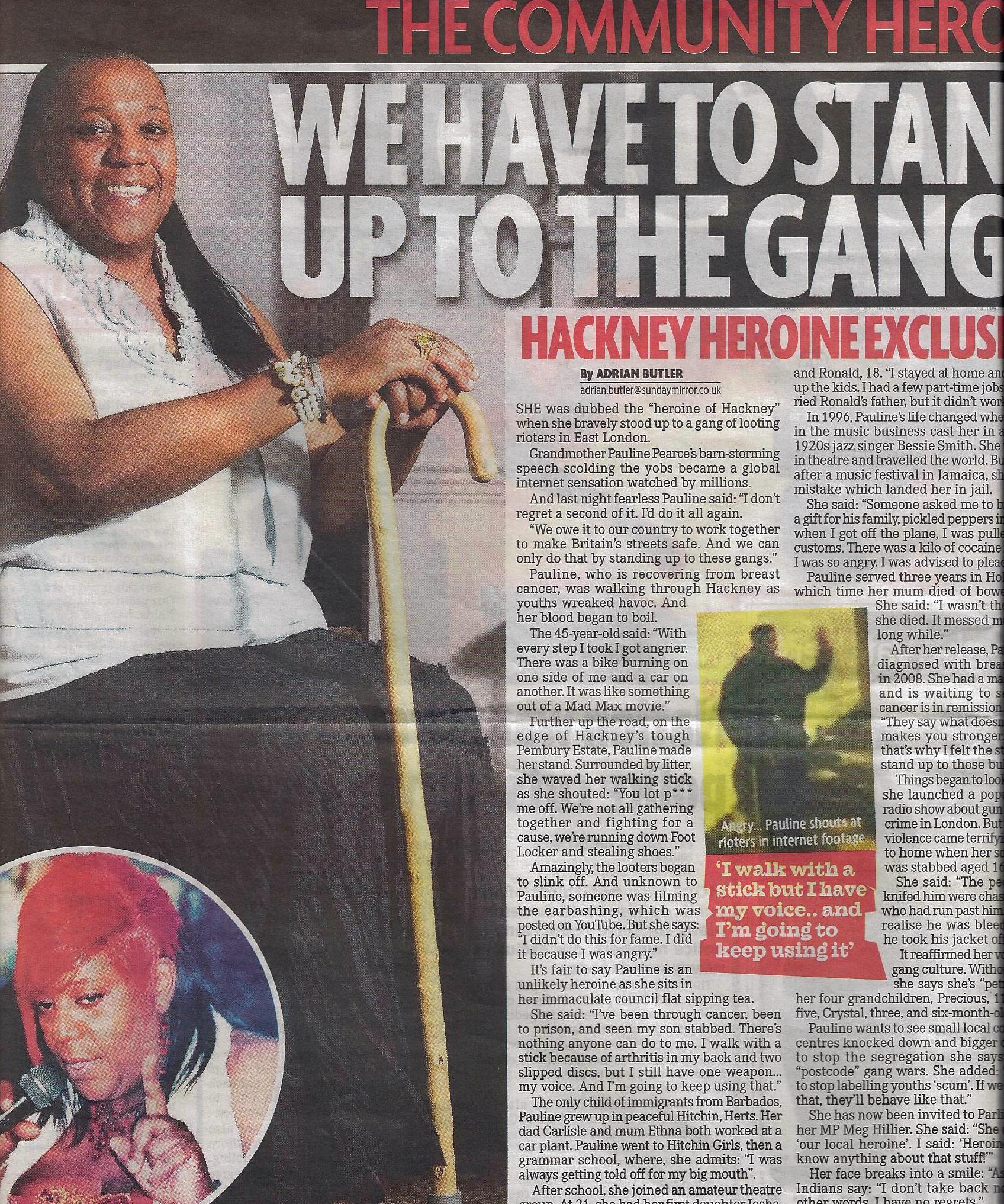 You would have to have been hiding under a rock to have escaped the sensation that is Pauline Pearce. The brave Hackney grandmother became an unwitting Twitter legend after a film of her yelling at looters as they ransacked shops and burnt cars during the London riots surfaced on the internet.

Pauline was on her way home when she witnessed the destruction. She says: ‘I just couldn’t believe what I was seeing, people were stealing everything – even bags of sugar – and setting other people’s property alight. I got so angry and as I started my rant everyone stopped and listened. I didn’t even realise anyone was filming. I know it was dangerous but I couldn’t hold my tongue, someone needed to tell those kids to stop.’

The recording had over a million hits in a matter of hours and Pauline has since become known as the Heroine of Hackney for standing up to the rioters. She had TV crews outside her house and newspaper reporters tracking her down on the street.

We secured Pauline an exclusive deal with the Sunday Mirror and two television deals. We’ll update you on how she went on This Morning and ITV’s London tonight later today.

If you need help handling press attention, contact us on message@talktothepress.com or fill out the sell my story form on our website.

Talk to the Press
← Previous Story I jumped 15,000ft to raise £50,000 to help my little boy walk
Next Story → Talk to the Press organises TV and radio appearances for Hackney heroine Pauline Pearce