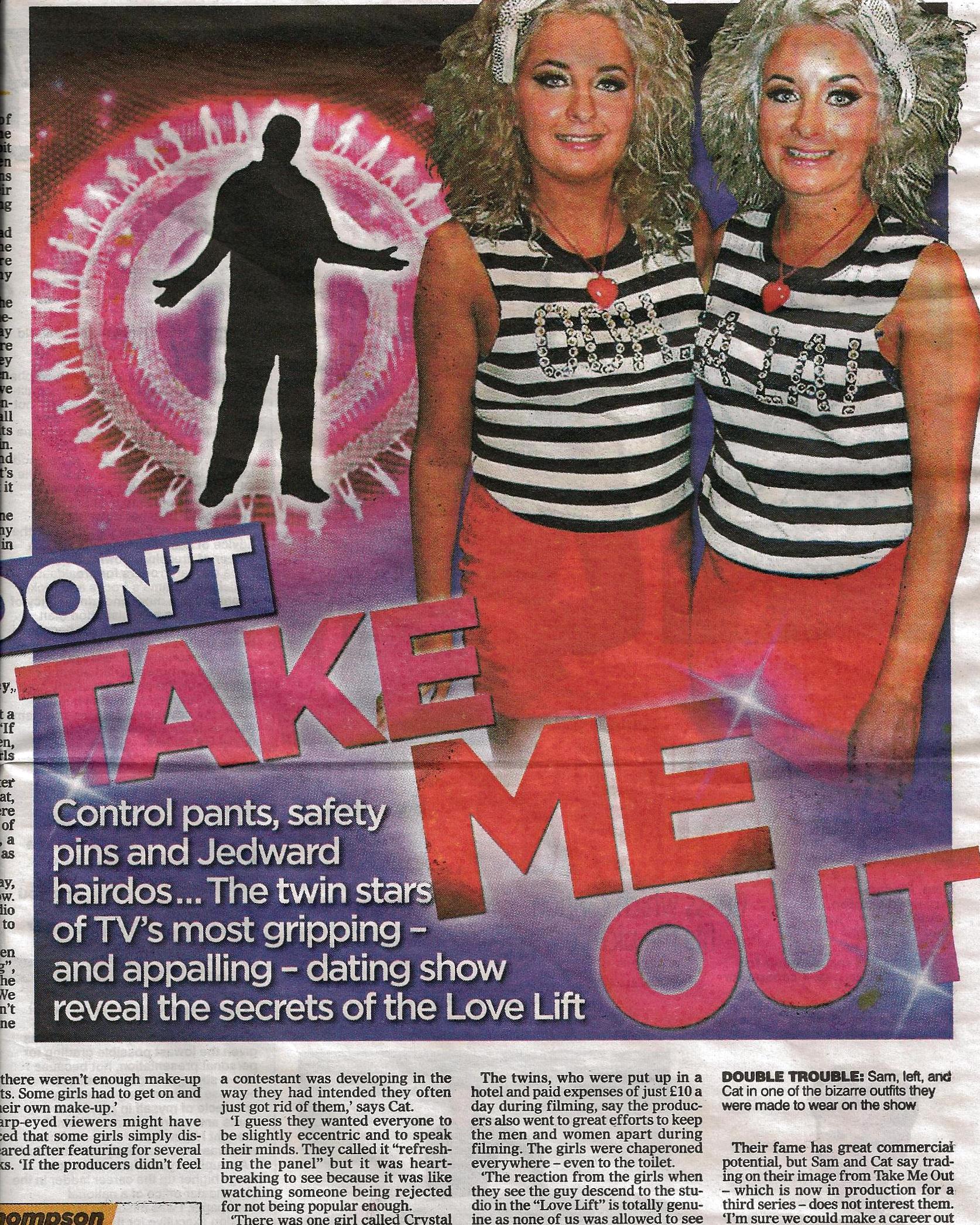 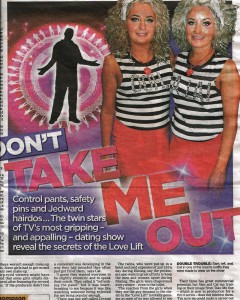 This weekend also saw one of our stories published in the Mail on Sunday, with a light-hearted behind-the-scenes look at what goes on the hit TV show Take Me Out. We were contacted by the show’s most famous contestants, identical twins Cat and Sam Wilkinson – otherwise known as ‘SamCat’ – as they wanted to share their bizarre and often hilarious experiences on the Saturday night show that has captivated millions.

Sharing the secrets of the Love Lift, the 21-year-old twins revealed how the show is carefully edited to produce the result viewers love. Cat and Sam say they were dressed in mix and match outfits with crimped hair and portrayed as ditzy bimbos – despite being straight A students who are studying for Masters degrees!

However they insist their enjoyed their time on the show and didn’t take it too seriously. Sadly, neither of them managed to get a date, despite being on the show for its entire 14 week run. Their interview appeared in this week’s Mail on Sunday. Cat says: ‘Sam and I want to say thank you so much for your assistance with the publication of our article. We are very pleased with it and the way that it was handled.’

Talk to the Press
← Previous Story Talk to the Press help McDowell family share their incredible saviour sibling story
Next Story → How can the man who raped me claim asylum – by saying he is gay?