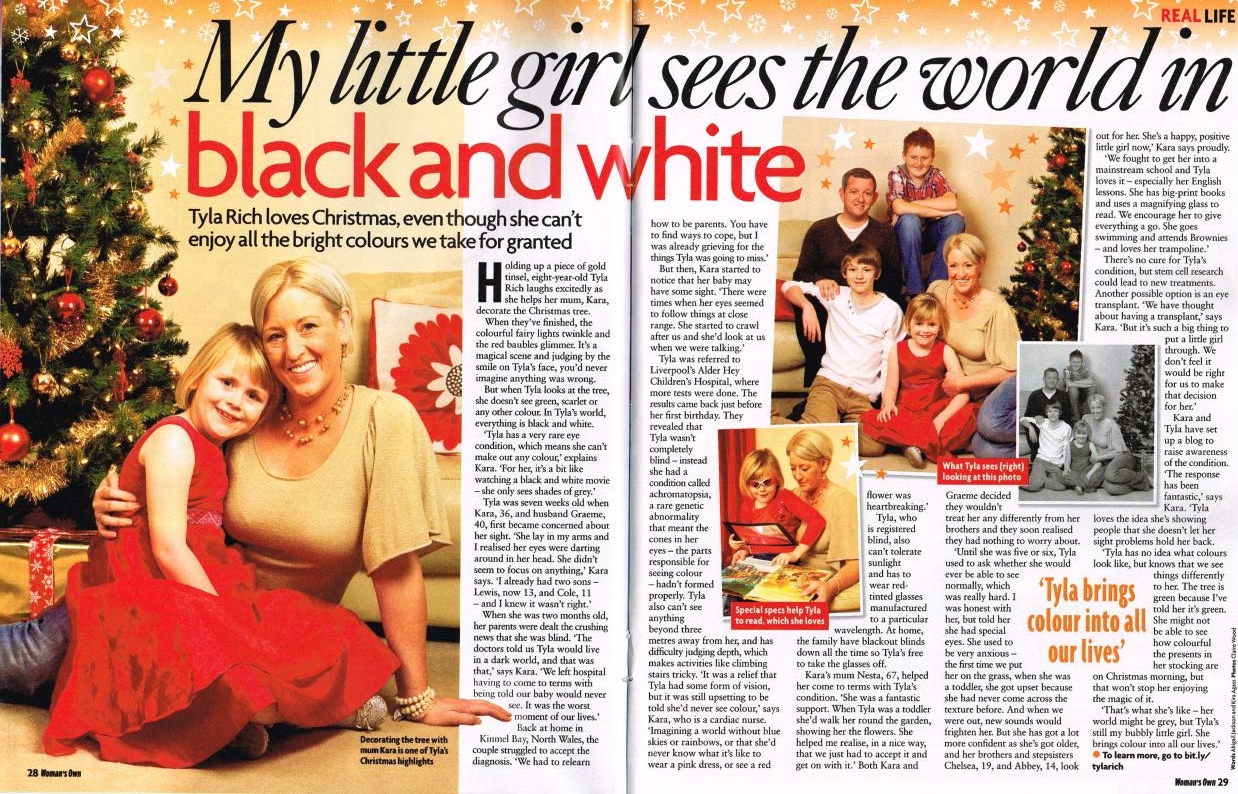 This week’s Woman’s Own magazine: the eight year old girl who will have Christmas in black and white 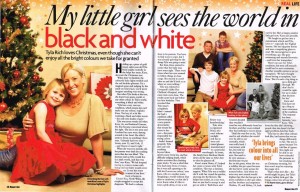 This week Kara Rich’s story about her eight-year-old daughter Tyla who sees the world in black and white appears in Woman’s Own magazine.

Tyla was just a baby when she was diagnosed with acromatopsia – a condition which means she only sees the world in shades of grey – and she can only see up to three metres in front of her.

She has no depth perception or continuity of the floor, and her school has had to paint the steps white so she is able to navigate properly. The family car is fitted with tinted glass so Tyla is able to see out as her parents drive and with such sensitive eyes she is forced to wear red tinted glasses so she can see in the sunlight.

Tyla often has to rely on her other senses to compensate for her limited sight and her hearing is particularly sharp, she is also very sensitive to touch and has to have all of her labels cut out of her clothes. Though she knows she is different, brave Tyla doesn’t let her condition get her down and wants to help other children who have acromatopsia. Mum Kara says her courage is an inspiration to the whole family.

You can read Tyla’s mum’s full interview in Woman’s Own magazine, out now. If you have a story you’d like to see in a woman’s magazine, email us on message@talktothepress.com or fill out the sell my story form to the right.