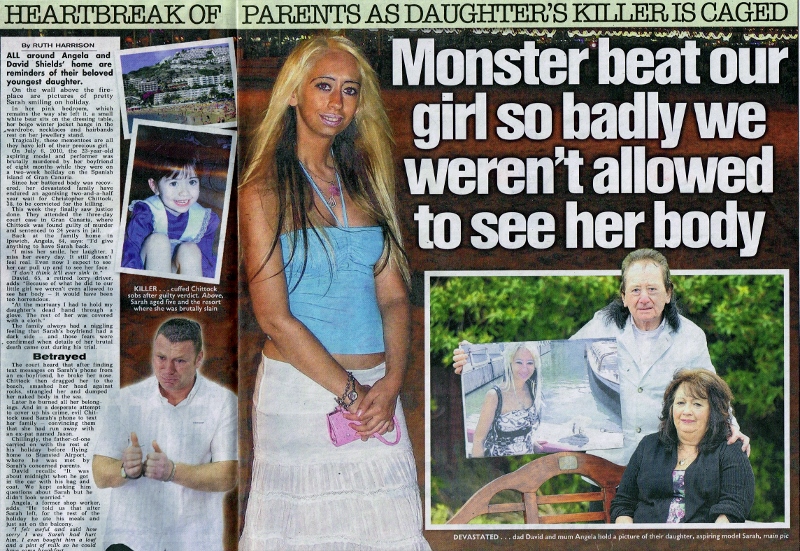 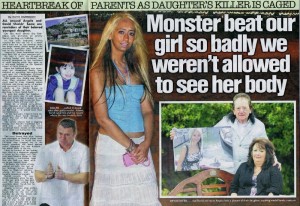 Last month, Chris Chittock was jailed to 24 years in prison for the brutal murder of 23-year-old aspiring model Sarah Shields.

In a story that made national news headlines – Sarah’s devastated family finally saw justice secured after enduring an agonising two and a half year wait for Chittock, 38, to be convicted for the killing. We arranged for Sarah’s mother, Angela, 64 a devoted mother-of-four and retired shop assistant, spoke exclusively to The Sun about how her life has been torn apart since Spanish police recovered Sarah’s battered body on a beach in Gran Canaria.

Heartbreakingly, Chittock, who was 15 years older than Sarah, had conflicted so much trauma to Sarah’s body that the family weren’t allowed to see her face at the mortuary and had to hold her hand instead.

Chillingly, in the days that followed Sarah’s disappearance, Chittock had played the victim and told her ailing parents that she’d left him for an ex-pat called Jason she’d met while away.

But his story didn’t add up and the Shields family contacted the police to report their beloved daughter missing. A search was carried out in Gran Canaria and Sarah’s lifeless body was found shortly after on a beach.

Angela spoke out in the hope that Sarah’s story will help raise awareness about domestic violence and encourage victims of domestic abuse to seek help. She told The Sun how Sarah had forgiven Chittock for attacking her a few months before he strangled her to
death.

Angela had begged Sarah to end her eight month relationship with him but Sarah didn’t. She believed it was a one off and that he wouldn’t do it again.

Shortly after, the couple booked a two week holiday in the Canary Islands and that was the last time Angela – or her family saw her alive.

Initally convinced by Chittock’s lies, Sarah’s parents had even picked him up from Stansted Airport – believing Sarah had run off with
another man.

Once back in the UK, Sarah’s older brother, Paul, 42, tried calling Sarah’s phone to find out why didn’t come home with Chris. He alerted the police after he realised the dialling tone was in the UK and Chittock was swiftly arrested.

Throughout the trial at the Provincial Court in Las Palmas de Gran Canaria, Chittock denied murder and showed no remorse. But in February 2013 he was sentenced to 24 years after a jury ruled he had made Sarah suffer “deliberately and unnecessarily” before ending her life. He will serve his sentence in Gran Canaria and must pay Sarah’s family £172,000.

Angela says: “After the guilty verdict it was like a massive weight had been lifted off my shoulders. “Getting justice was so important to us. I hope that one day Chittock will tell us why he killed our daughter. But nothing is going to bring Sarah back — I’d give everything to see her one more time.”