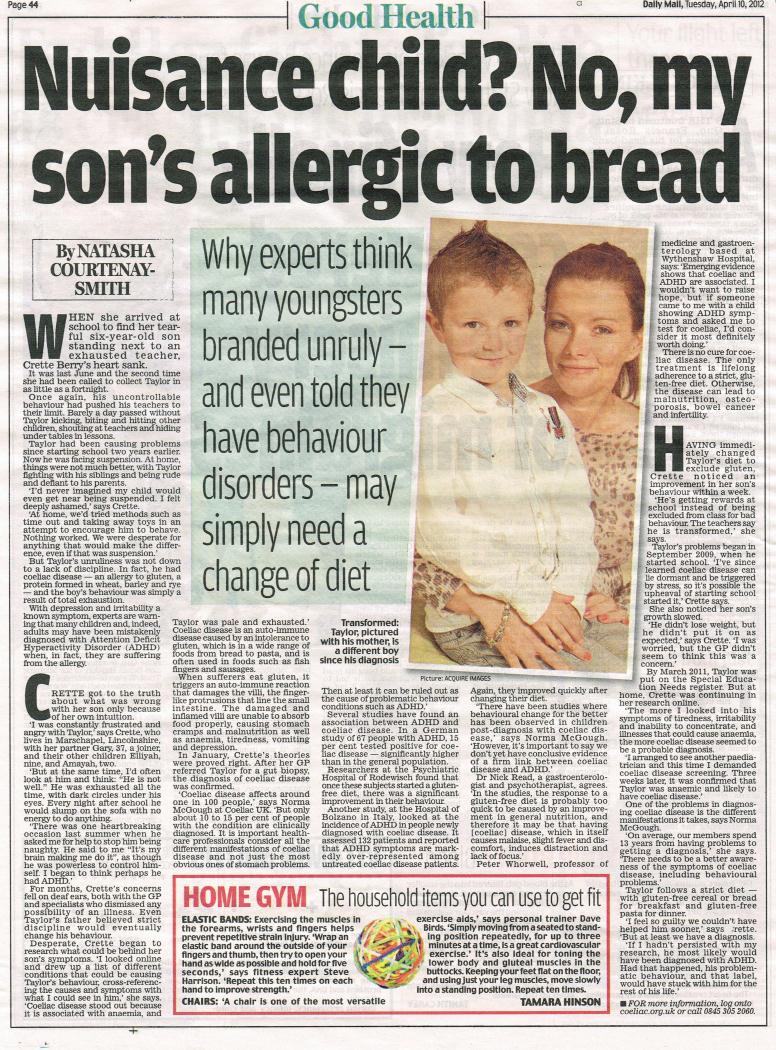 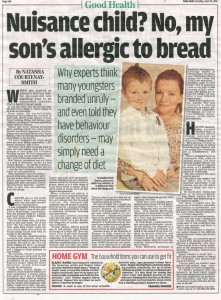 Crette Berry got in touch with us a few weeks ago wanting to raise awareness of Coeliac disease, an auto-immune disease cuased by an intolerance to gluten.

In an inspirational chain of events, last year, Crette took her son’s health into her own hands after his behaviour at school became so problematic he was on the verge of expulsion. Concerned Taylor, 6, was simply ‘naughty’ Crette began researching any possible causes of his behaviour and general lethary online.

Soon, through a process of elimination, she began to wonder if he had Coeliac disease. Her thoughts were dismissed by the GP and a specialist, but undeterred, Crette persisted and her mother’s instinct was to prove right. Earlier this year, Taylor was diagnosed with Coeliac disease and since changing his diet, his behaviour has improved considerably.

Crette’s story appears in the Daily Mail today. Crette says: ‘Thank you so much for the way you portrayed Taylor’s story. In the online health forum of the Mail, there have been loads of positive comments. Coeliac UK and a leading brand of gluten free food have shared the story on FB, as have I. Loads of people are going to see it! One mother said she was speechless because of the similarities between Taylor and her daughter…she is off to the doctors to get blood tests : ) Really happy, thank you. I hope some magazines want to run the story now!’

We are really pleased to have helped Crette spread the word on Coeliac disease. If you’ve got a health story you’d like to share, email us on message@talktothepress.com