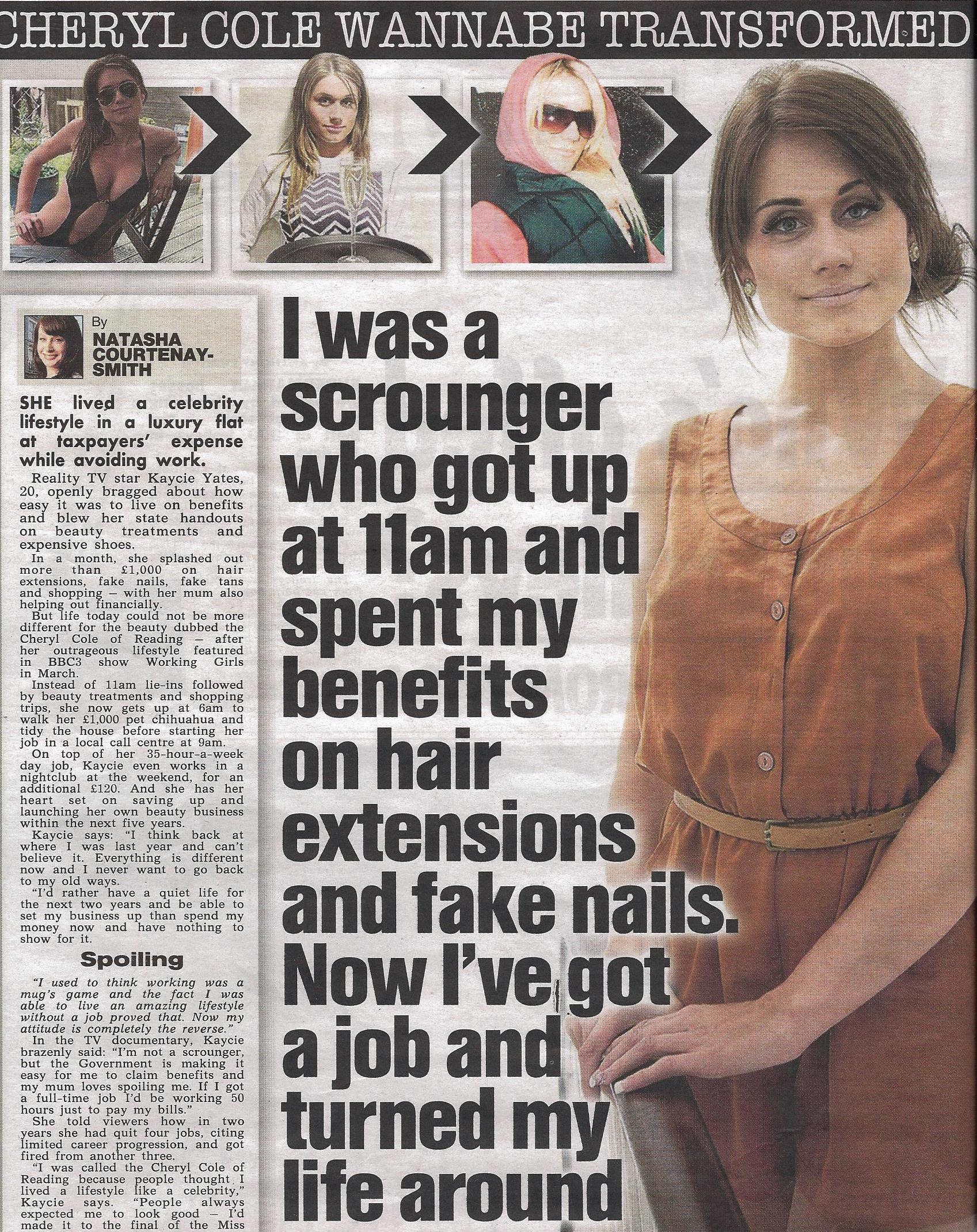 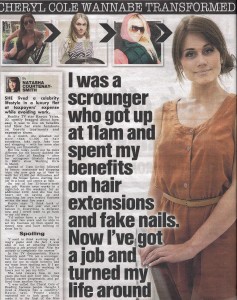 Kaycie Yates got in touch with us after appearing in a BBC3 programme called Working Girls. The documentary detailed how Kaycie managed to maintain a celebrity lifestyle while living on benefits and spoke of her inability to hold down a job.

Named the ‘Cheryl Cole of Reading’ by her friends, she could often be spotted at the tan salon or getting hair and nails done. Following the show, Kaycie’s story appeared everywhere and she faced a barrage of abuse wherever she went.

But just four months on Kaycie has turned her life around; she found herself a job as a customer service adviser in a call centre and on top of her 35-hours-a-week there, she also works a second job at the weekend. She contacted us to help her put across her update – that she has now turned her life around.

Rather than opting for a night of clubbing, the 20-year-old now prefers to spend her night’s indoors relaxing and has her sights set on opening her own business in the next five years. Kaycie says: “Earning my own money has meant my self-esteem has soared. Waking up every day knowing I’m headed off to work is a great feeling. I love my job and never want to go back to my old lifestyle.”

Her exclusive story appeared in the Sun and we are in the process of securing her a magazine deal. If you have a story to sell, email us on message@talktothepress.com or call us on 0845 409 1264.

Talk to the Press
← Previous Story Talk to the Press secures newspaper deal for first single woman in UK to have IVF on NHS
Next Story → ‘Thankyou for helping me sell my story to a women’s magazine….’ says TTTP client