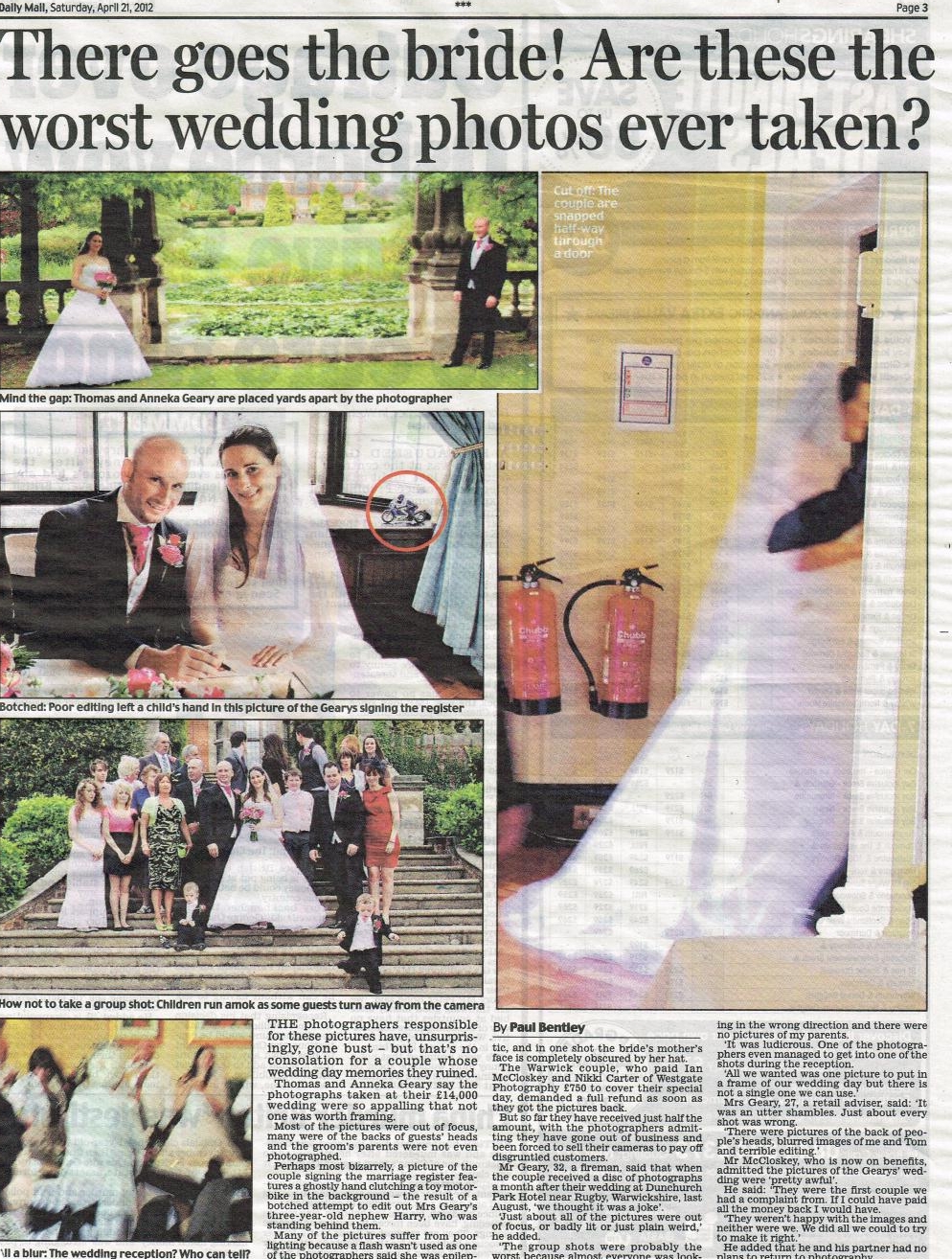 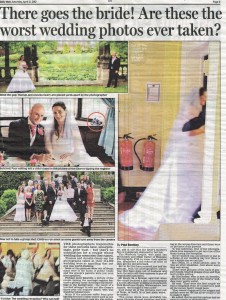 When Anneka Geary got in touch about her disastrous wedding photos, we knew a newspaper would be interested. Her story was sold to the press using the newswires, and she received coverage in the Daily Mail, Sun, Mirror, Express and even The Times.

Newlyweds Tom and Anneka were gutted when their £750 wedding album arrived, without a single usable photo. Shots of their big day were out of focus, badly lit, missing key people and featured the back of guest’s heads. And because the photographer was epileptic, he declared he couldn’t use flash.

Anneka says: ‘All we wanted was one photo to put in a frame, but we’ve been left with nothing.’

Not only did the couple received huge coverage of their story, but we’ve been inundated with photographers offering to reshoot them in their wedding outfits – for free. Plus, we’ve secured them a deal with two women’s magazines.

If you’ve got a story you’d like to see in the national newspapers, email us on message@talktothepress.com or fill out the sell my story form to the right.