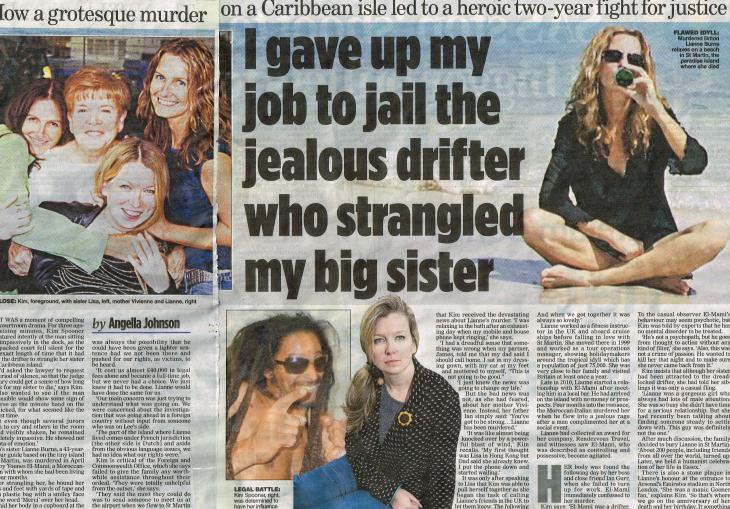 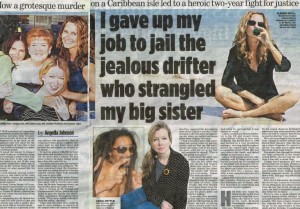 Last month, Kim Spooner, 34, found herself making news headlines when the trial took place of Younes El-Mami – who murdered her beloved sister, Lianne Burns. Lianne, 43, died at her home in Marigot on the French side of the Caribbean island of St. Martin, two years ago.

Following his sentencing, Kim was keen to speak out about the difficulties her family faced in getting justice, and we secured her coverage in a number of national newspapers, as well as getting her exclusive deals with the Mail on Sunday and Daybreak.

After her sister’s murder, Kim says she and her family assumed that they would receive official support and guidance, but instead found themselves with no help at all. They ended up spending thousands of pounds on a French lawyer – simply so that they could understand proceedings and be kept in the loop about the case. She says the Foreign and Commonwealth Office’s assistance was farcical from start to finish – even getting the country of Lianne’s death wrong.

For two years, Kim fought a frustrating, difficult and expensive legal battle to ensure El-Mami received the maximum possible sentence, and her efforts finally paid off when last week he was jailed for 20 years. Now, Kim wants to campaign for greater assistance for families who find themselves in the distressing situation that she and her family did.

Kim says: ‘Around 50-60 British citizens are murdered abroad each year. This is a small number. So small it seems that no-one in authority can be bothered to care enough – but surely something can be done to assist bereaved families through this most distressing of situations?’

If you’ve got an issue you’d like to raise awareness about, or have found yourself in a similiar situation to Kim, email us on message@talktothepress.com or fill out the sell story form to the right.