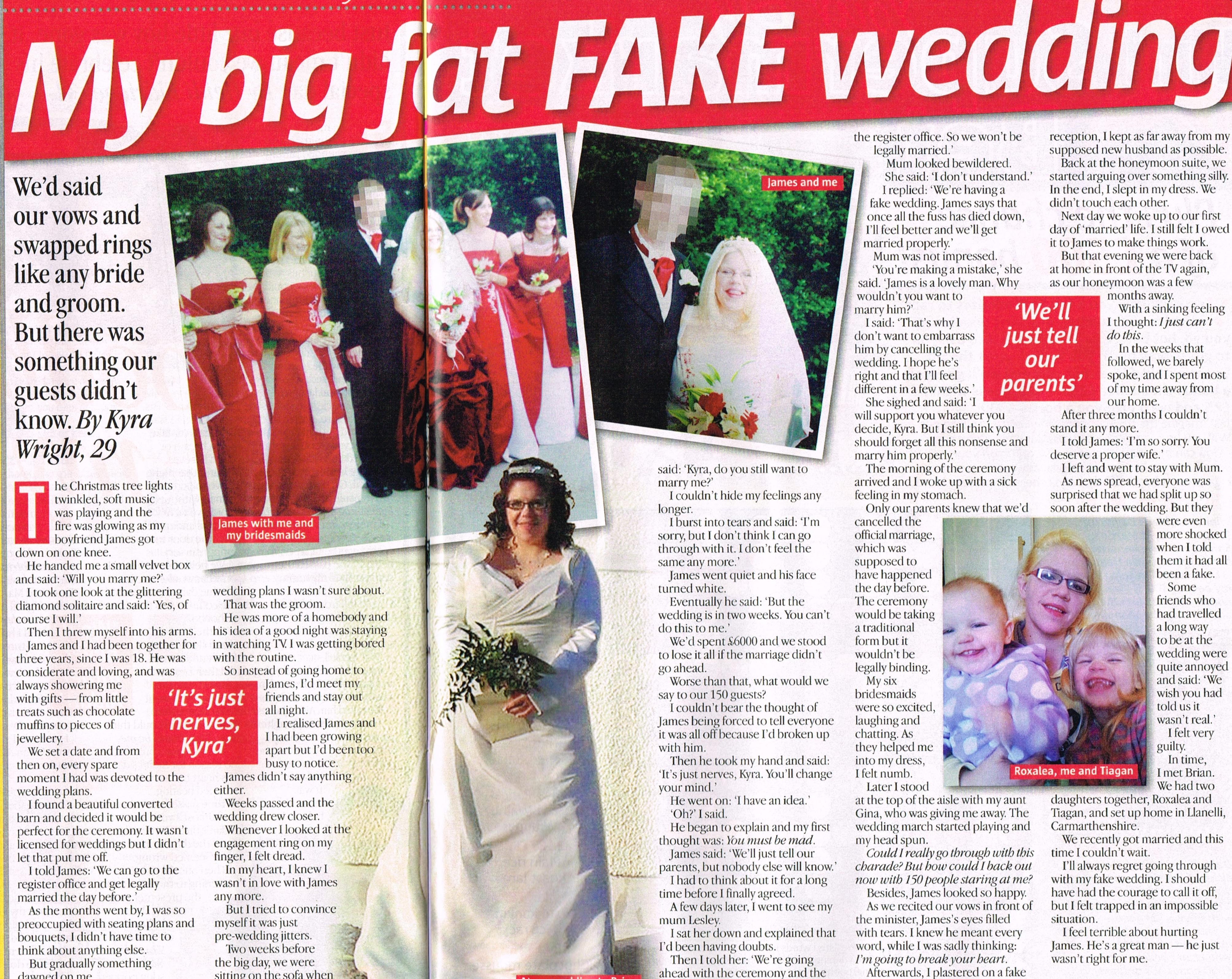 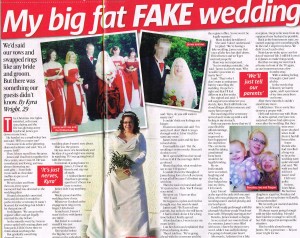 Mum of two Kyra Wright got in touch recently to ask if we could sell her story to a women’s magazine. Kyra had been due to marry her partner of four years but couldn’t ignore the fact she was no longer in love with him. But after confessing her feelings to her husband to be just two weeks before the big day, she decided that with 150 guests booked and the wedding paid for, she should go ahead with the ceremony.

However, whilst she agreed to continue with the lavish ceremony she refused to visit the registry office to make the union legal.

Kyra says she was still determined to make the union work and planned to have a legal ceremony once their problems were sorted, but three months later, had to face the reality that she had ‘married’ the wrong man.

Months later Kyra fell for a new man, Brian, now 21, and the pair went on to have two little girls before getting engaged three months ago. Kyra says she’ll always regret going through with her fake wedding. She says: ‘Having a fake wedding to keep up appearances wasn’t the right thing to do. I should have had the courage to call it off, but I felt trapped in an impossible situation. Both my ex and I are happier now we’ve moved on. I don’t want other women to make the same mistake that I did.’

We sold Kyra’s story to Take a Break magazine and it’s out this week. If you’ve got a story you’d like to sell to Take a Break, email us on message@talktothepress.com