We lost it all, and now we live in our car 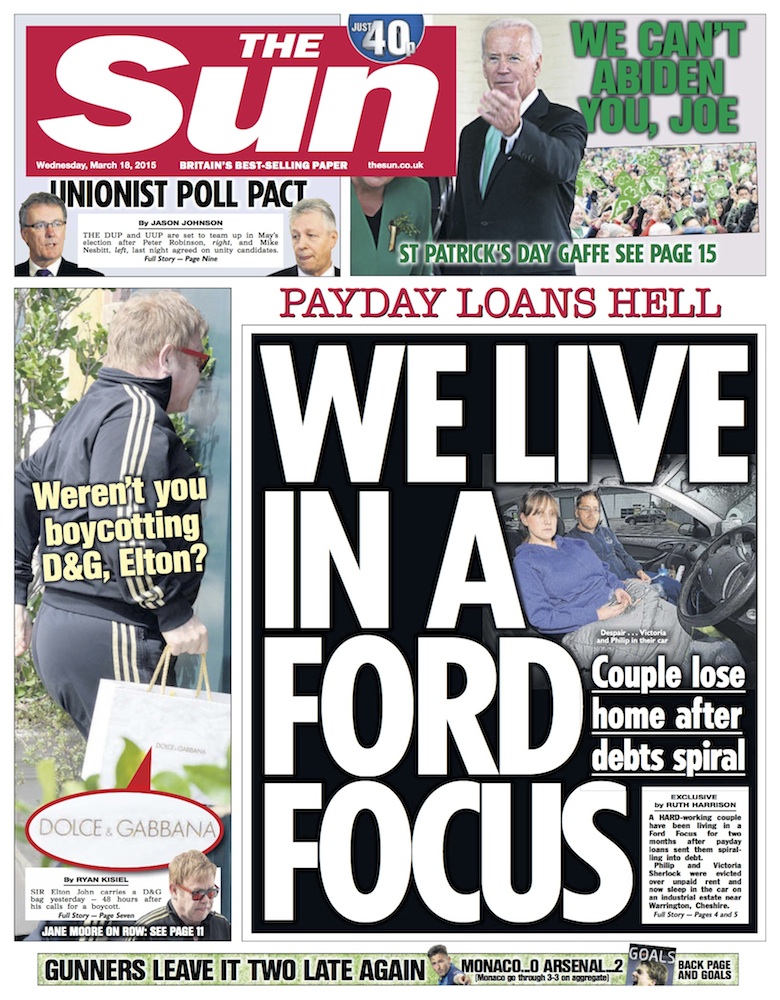 Do you live in an usual place, or have you gone from riches to rags? ‘We live in our car’: Talk to the Press secure front page coverage for couple who were forced to live in their Ford Focus after getting into trouble with payday loan companies.

Desperate couple Philip and Victoria contacted us to help get their story coverage in the national press.

The hardworking couple were forced to live in their car for nearly two months – after payday loans sent them spiraling into debt.

The couple borrowed £830 from various big-money lenders to pay their £500-a month rent after Philip fell ill with a stomach condition and was left unable to work.

With sky-high interest rates the pair struggled to meet repayments and were kicked out of their privately-rented home in January. Despite their desperate situation, the couple – who celebrated their ninth wedding anniversary by sharing a Twix – have been refused emergency housing by Labour-controlled Warrington Council because they’re deemed “not high-risk enough”. And shockingly, the couple have been living in their pale green Ford Focus in sub-zero temperatures ever since.

The power of the press

Determined to get the pair maximum coverage we took their story to The Sun and secured them front page coverage the following day.

Overnight their story went huge, and they appeared on Good Morning Britain twice and did two further follow ups in the Sun. They’re due to appear in a women’s weekly next month.

Off the back of the media coverage we secured for them, the pair were inundated by kind donations from Sun readers and were even put up in a luxury hotel for 10 days as a gesture of goodwill.

What’s more, after months of searching for a job to no avail, Poundland saw the story and offered Philip a job! So that’s the power of the press!

Philip said: “We couldn’t have done it without Amy from TTTP, she was brilliant from start to finish.

“We were nervous about speaking to the media as we were worried our story wouldn’t be told in the way we wanted it to be. But Amy talked us through every step and kept us up to date with the story. On top of this, she made sure that we received full copy approval and read back the finished piece before it went to press.”

“After the story ran, we received a lot of media attention from various publications, radio and TV and Amy contacted all of them to take the ease off us. We felt safe knowing she was arranging our media and securing the best coverage and fees for us. We couldn’t have done it without her and now I have a job! I couldn’t recommend TTTP enough.”

Do you have a similar story?

If you’ve got a similar story to Philip and Victoria, or something completely different but newsworthy, we’d love to help you get it out there.

Whether you’ve fallen into trouble with payday loan companies or online gambling, have fallen from riches to rage, or are just living somewhere unusual, we can help you.

Fill out the form to the right with a brief outline of your story and one of our team will get back to you ASAP. Please do not contact any other media outlets until we’ve told you whether it’ll work for you or not (we only pay top rates for exclusive stories and you may jeopardize the exclusivity of your story by sharing it with others). 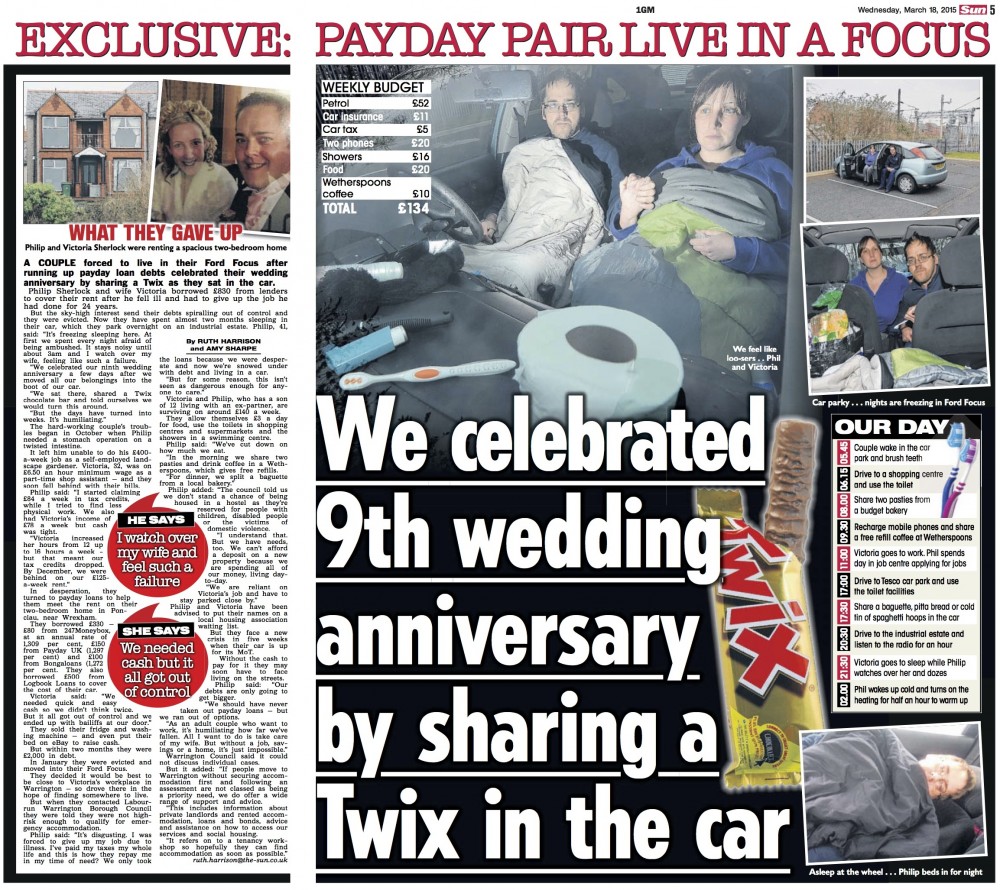 If you would like to see some of our other frontpage news stories, you can view a small selection here: https://www.talktothepress.co.uk/category/front-page-stories

Georgette Culley
← Previous Story Pregnant at 13; Give 10 year olds the contraception pill
Next Story → Do you have a front page story but want to remain anonymous?