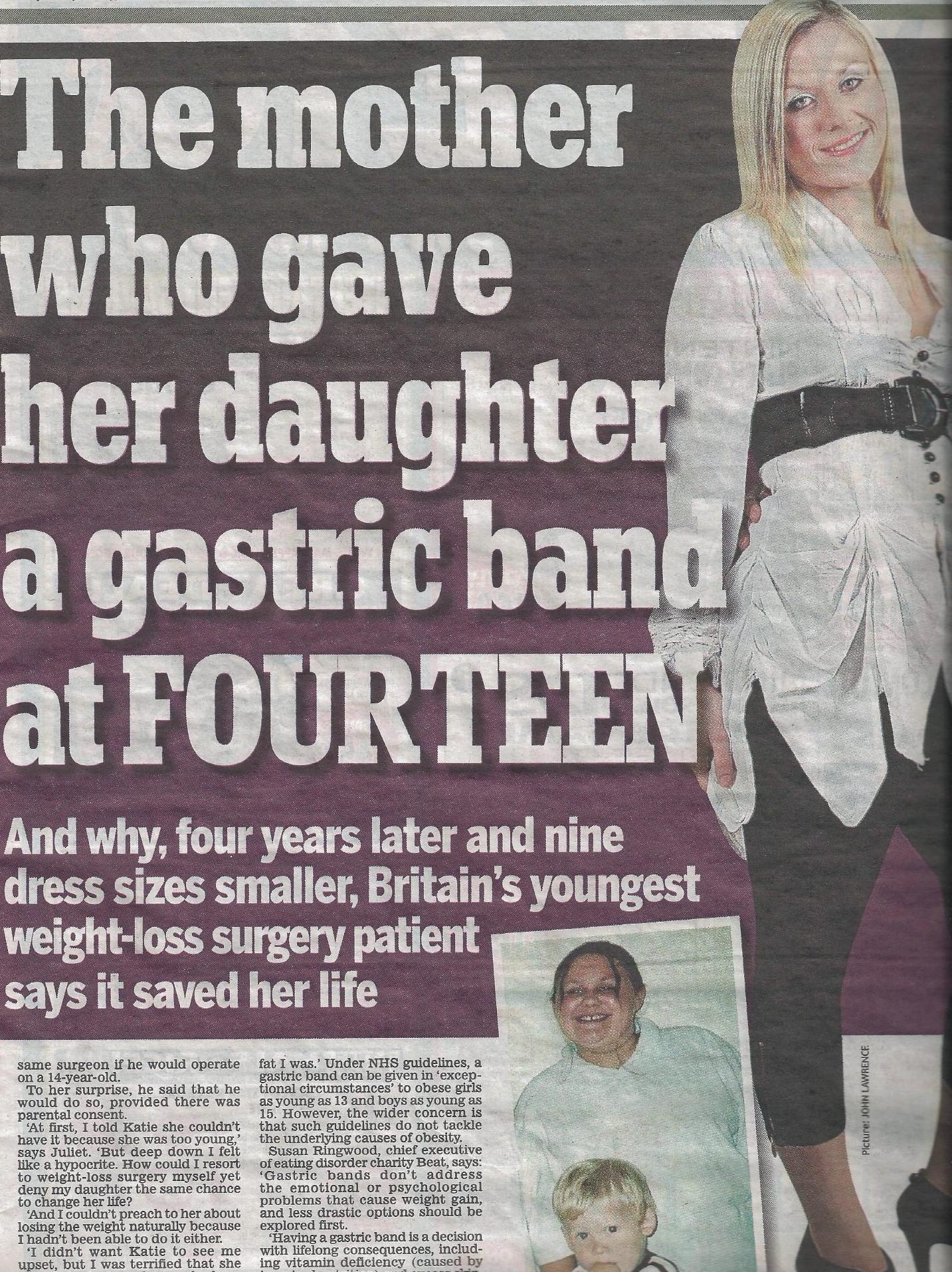 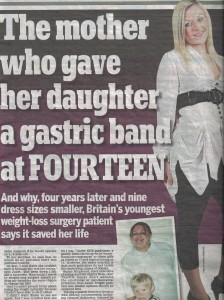 Just four years ago 18-year-old Katie Hill weighed more than 18 stone and was a size 26. It was no life for a 14-year-old girl and Katie feared that one day she would become housebound. But her life changed dramatically when she became the youngest person in Britain to have a gastric band fitted after seeing her mum’s own dramatic weight loss after having the procedure.

At the time Katie’s mum Juliet came in for a great deal of criticism for allowing her teenage daughter to have the band fitted at such a young age, but the results paid off and Katie went on to lose 10 stone in less than a year. Four years on and she has maintained her size 8 figure and weighs just over 8 stone.

Katie and her mum contacted us at the time and we placed their amazing story in the Sunday Mirror. Back then Katie’s operation was very unusual for a teenager, but recent research revealed that the number of teenagers having weight loss surgery has quadrupled in the last three years.

In the light of this we were able to revisit Katie’s story and an interview with her and her mum appeared in a double page spread in the Daily Mail this week, where the mum and daughter talk about how much Katie’s life has changed since having the operation.

Katie says: ‘Having the gastric band has changed my life. If I hadn’t had it I’d probably be 20 stone and housebound by now, but instead I’m enjoying my teenage years. I’m so glad my mum let me have a gastric band, even though I was so young. It was the best decision I ever made.’

If you were in the news and have an update on your story or just want to share an amazing story with a newspaper or magazine email us at message@talktothepress.com.

Talk to the Press
← Previous Story TTTP director Natasha talks to journalism students at Journalist Works
Next Story → ‘TTTP got me three times more money than the other press agencies I talked to….’