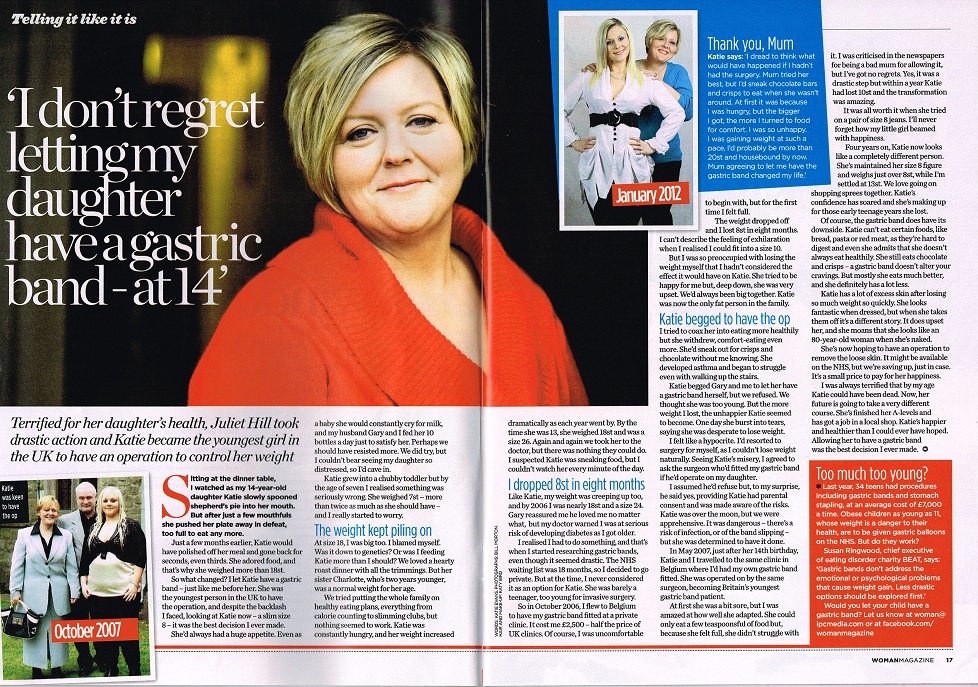 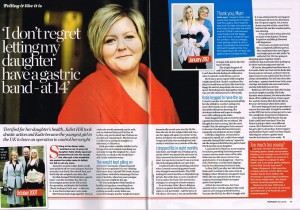 You may remember Juliet and Katie Hill’s story from November last year, when they appeared in the Daily Mail. Four years ago, Katie became Britain’s youngest gastric band patient after her mum paid for her to fly out to Belgium for the operation when she was just 14.

At more than 18 stone, Katie was morbidly obese and at risk of developing illnesses like diabetes. She could barely climb the stairs and was deeply unhappy about her weight, but none of the diets Juliet put her daughter on seemed to work. They turned to a gastric band as a last resort.

Katie subsequently lost 10 stone – taking her from a size 26 to a tiny size 8 – and today she is a healthy and happy 18-year-old with her whole life ahead of her. But both the mum and daughter know that it could have been a very different story if she hadn’t lost the weight. ‘Katie’s now making up for the teenage years she lost’, says Juliet.

After the mum and daughter appeared in the Daily Mail, they were inundated with media requests, and this week their story appears in Woman magazine, where Juliet explains how she has no regrets about allowing her daughter to have the op at such a young age.

If you’ve got a story to sell to a woman’s magazine, contact us on message@talktothepress.com or fill out the sell my story form to the right.

Talk to the Press
← Previous Story In defence of age gap relationships – TTTP client shares her story with Chat magazine
Next Story → Talk to the Press helps Ozzy the incredible balancing dog (and his owner!) handle press attention